Learn how our intelligent test design minimizes redundancy in your test suite.

In contrast, every Hexawise-generated test is as different as mathematically possible from every other test in the set. The optimization algorithms systematically eliminate wasteful repetition, maximize variation, and pack more coverage into each test as efficiently as possible. 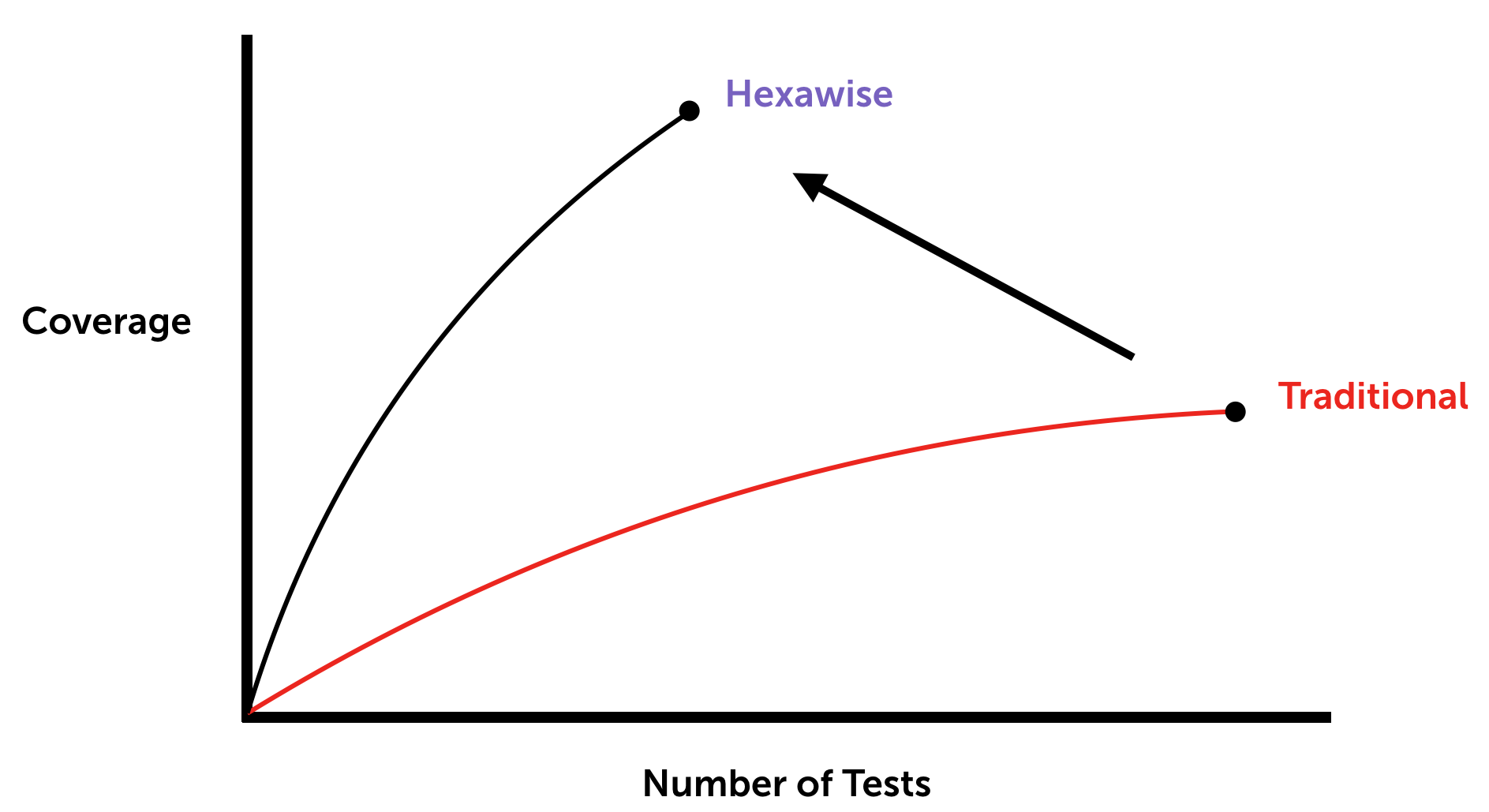 With wasteful repetition eliminated from your tests, you save time automating, executing, and maintaining tests because fewer test cases are now required - and because this wasteful repetition has been replaced with interesting variation, those tests achieve extremely thorough coverage.

Due to the lack of wasteful repetition, Hexawise test sets will look different than typical sets of tests (because they are different). A typical set of tests will look like the below, with only one or a few things changing from test to test (the colored shapes) while the rest of the values remain unchanged (the grey circles): 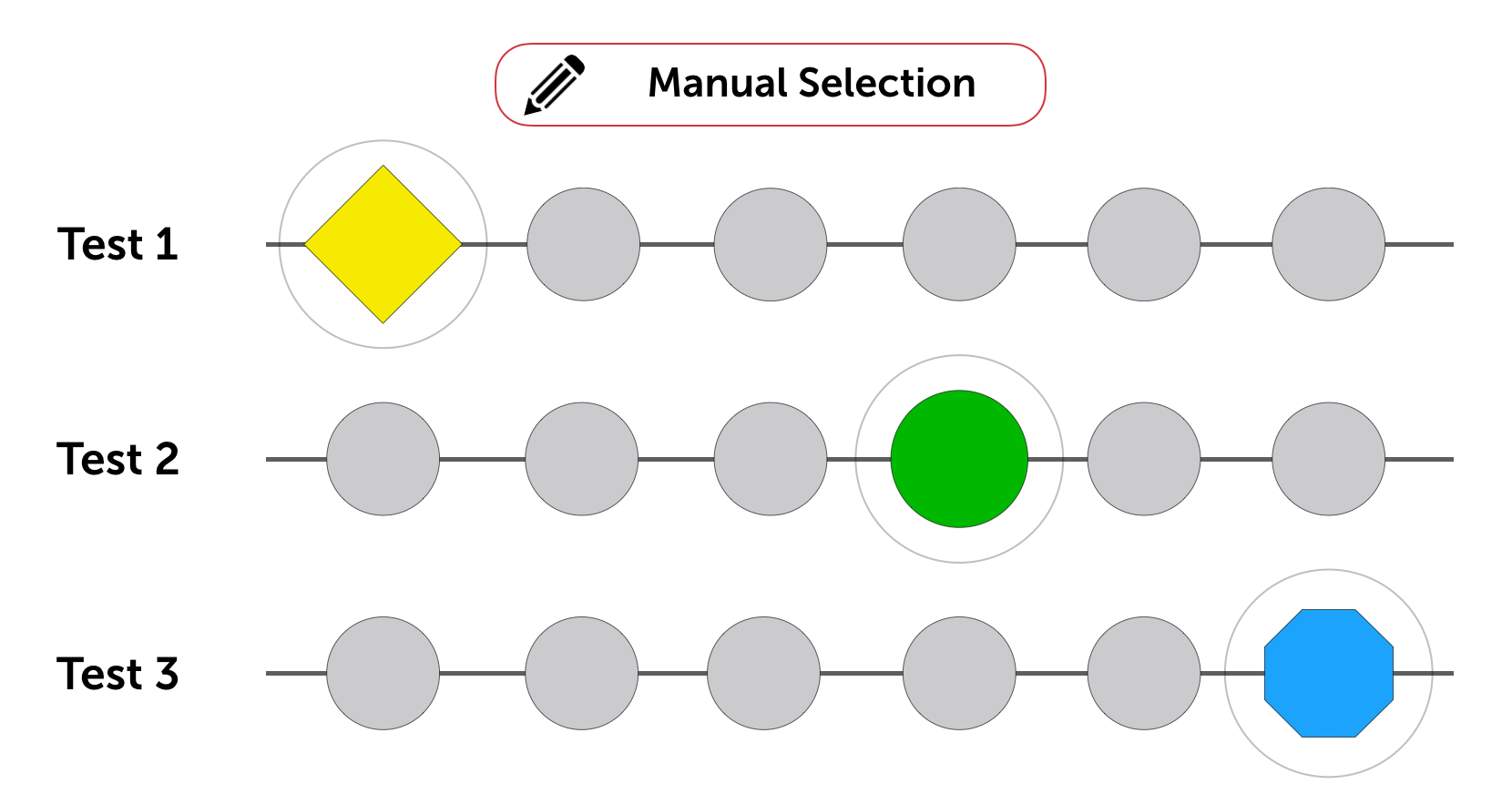 Hexawise tests pack much more variation into each test - leading to tests that look significantly different from one another even within the same set of tests. 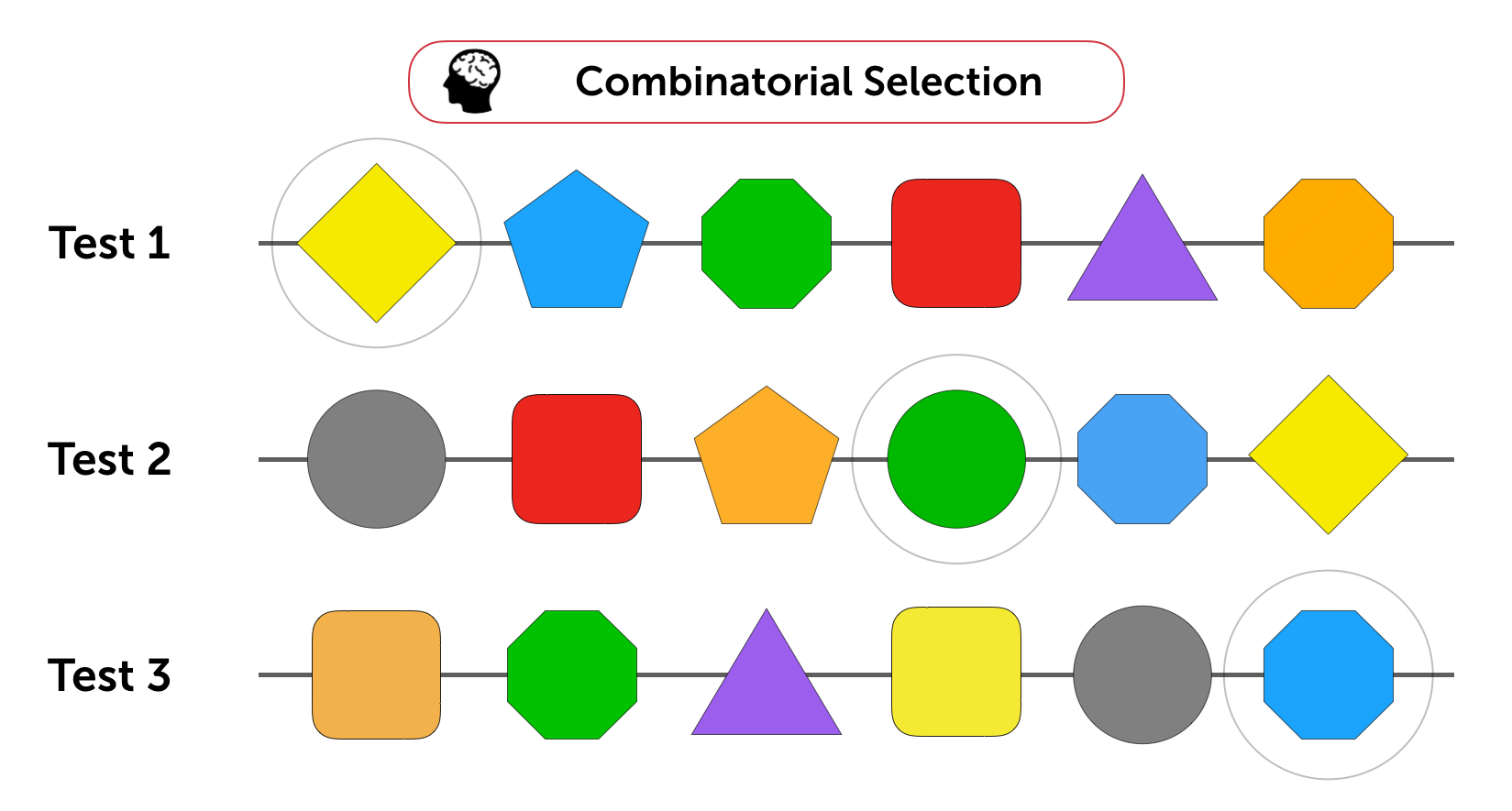 These differences are a good thing, and ensure that each test covers as much interesting variation as scientifically possible.