Learn how an optimized set of scenarios for a loan application is effeciently designed in Hexawise.

Each time someone applies for a loan, nine different test conditions are included in the test scenario. Even in this over-simplified example, there are close to 20,000 possible scenarios. In this context, we want to test this loan application process relatively thoroughly - with a manageable number of tests.

Forced Interactions - How to force certain high-priority combinations to appear in your set of scenarios. 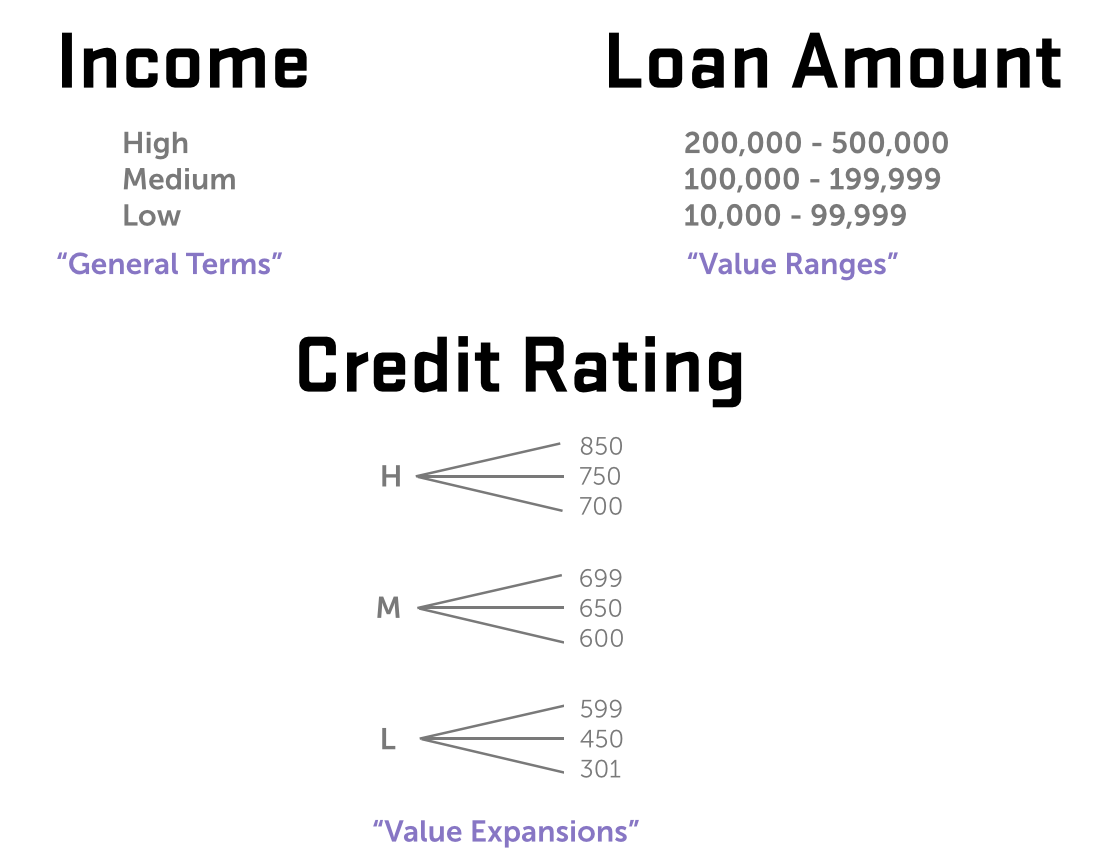 Equivalence Classes are used to define many of the values in this model. It is worth pointing out that the model includes examples of several different strategies to treat the Equivalence Classes. The choice of strategy used has subtle impacts on how the tests are created and written.

Who is applying for the loan and what characteristics do they have that will impact how the System Under Test behaves? In particular... 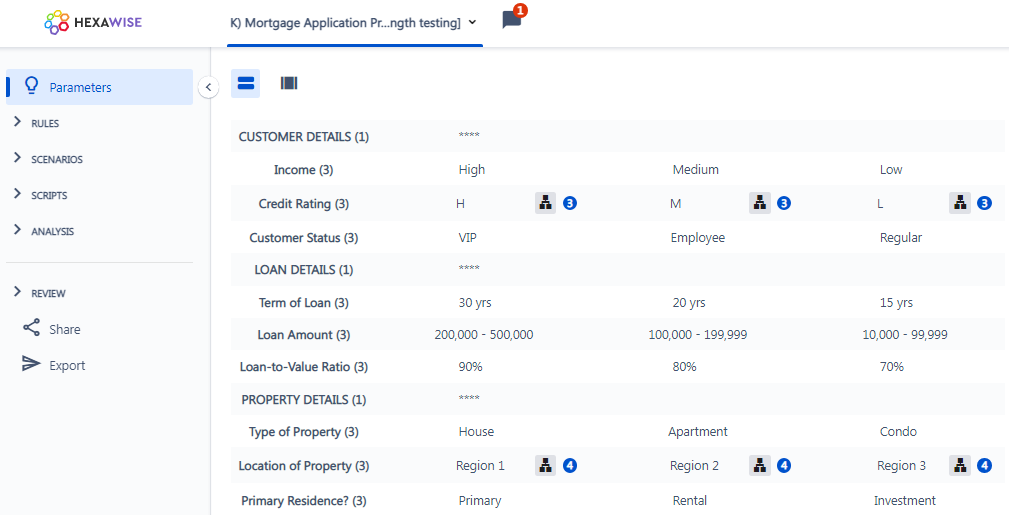 Once we have decided which test conditions are important enough to include in this model (and excluded things - like "First Name" and "Last Name" in this example - that will not impact how the system being tested operates), Hexawise makes it quick and easy to systematically create powerful scenarios that will allow us to maximize our test execution efficiency. 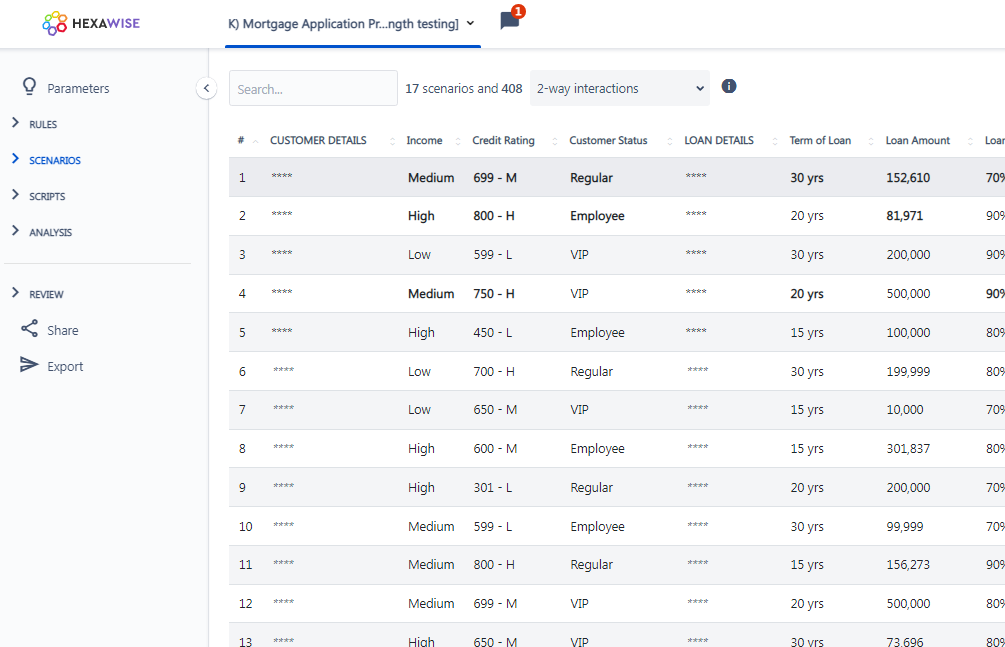 The coverage achieved in the 17 tests above is known as pairwise testing coverage (or 2-way interaction coverage). Hexawise-generated pairwise tests have been proven in many contexts and types of testing to deliver large thoroughness and efficiency benefits compared to sets of hand-selected scenarios.

Hexawise gives test designers control over how thorough they want their testing coverage to be. As in this case, Hexawise allows testers to quickly generate dozens, hundreds, or thousands of tests using Hexawise's "coverage dial." If you have very little time for test execution, you would find those 17 pairwise tests to be dramatically more thorough than a similar number of tests you might select by hand. If you had a lot more time for testing, you could quickly generate a set of even more thorough 3-way tests (as shown in the screen shot immediately below). 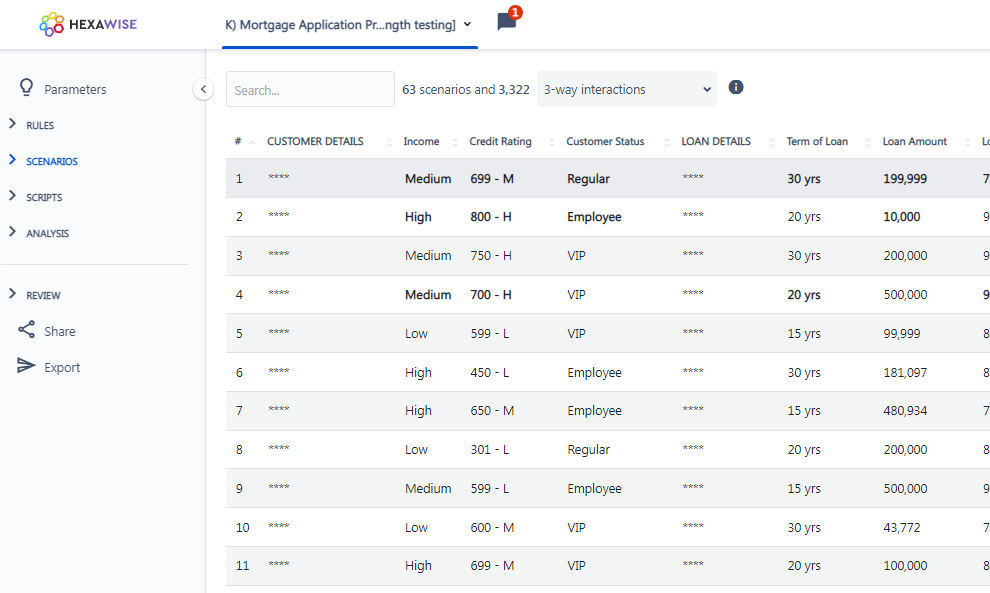 Hexawise generates and displays this extremely thorough set of 63 three-way tests to you within a few seconds.  This set of 3-way coverage strength tests would be dramatically more thorough than typical sets of manually selected test scenarios typically used by large global firms when they test their systems. 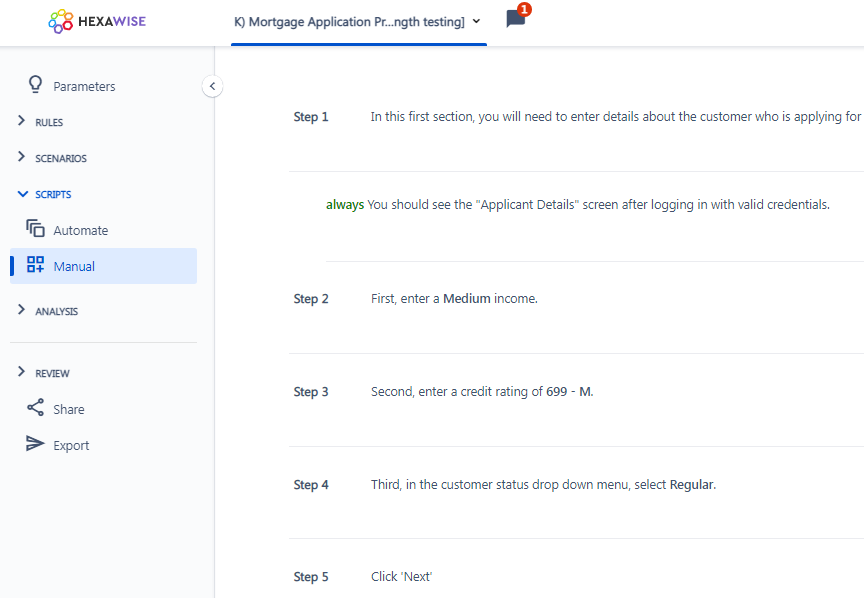 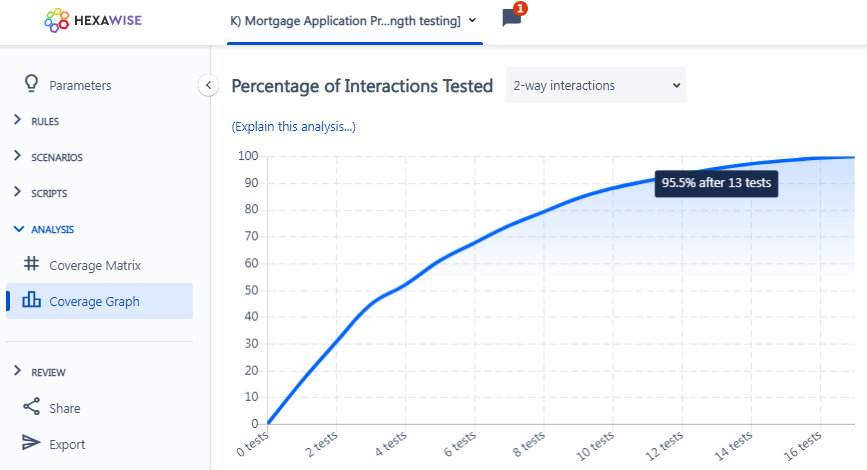 We know we would achieve 95.5% coverage of the pairs in the system if we stopped testing after test number 13, but which specific coverage gaps would exist at that point? See the matrix chart below for that information. 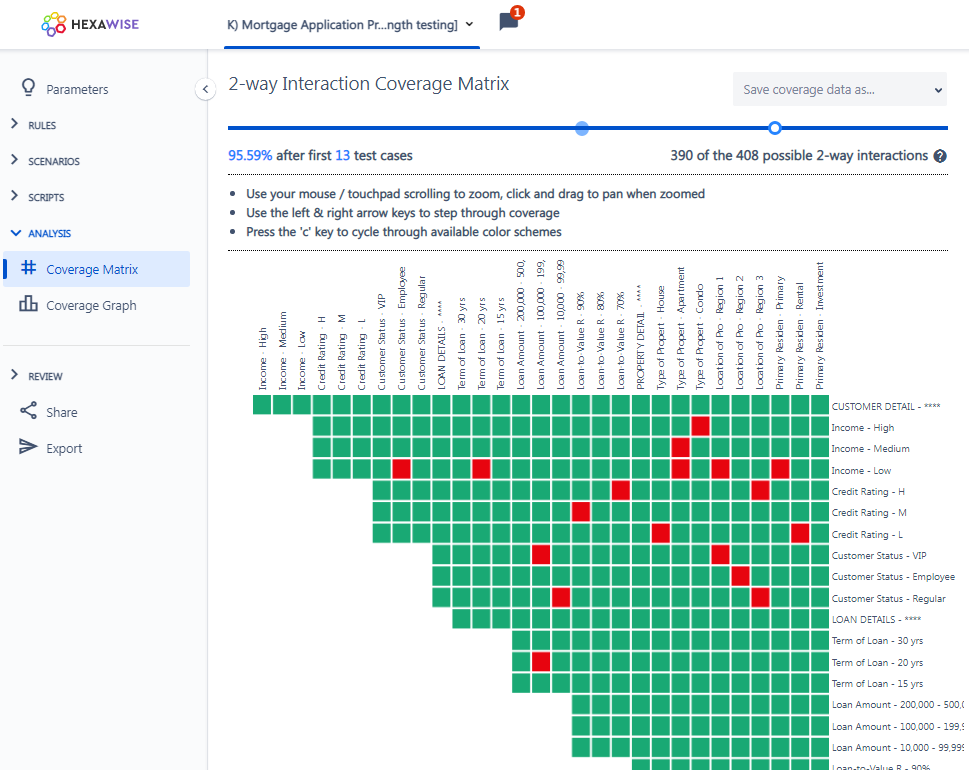 The matrix chart above shows every specific pair of values that would not yet tested together if we were to stop testing after test number 13. 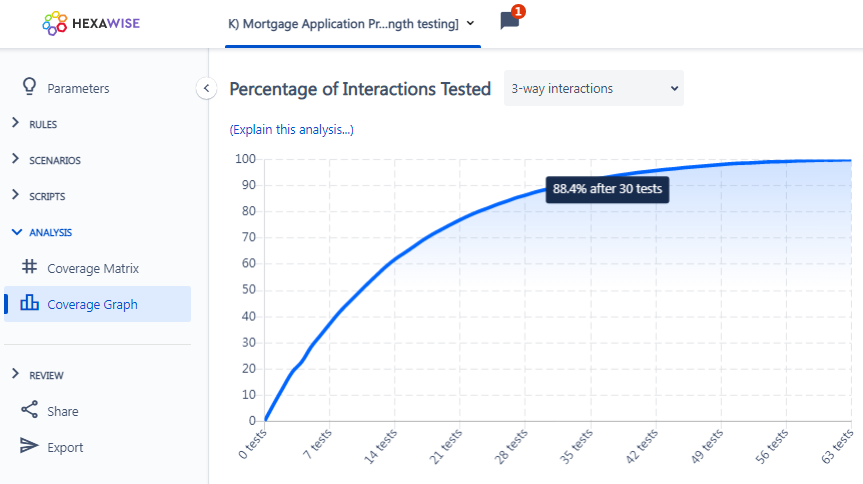 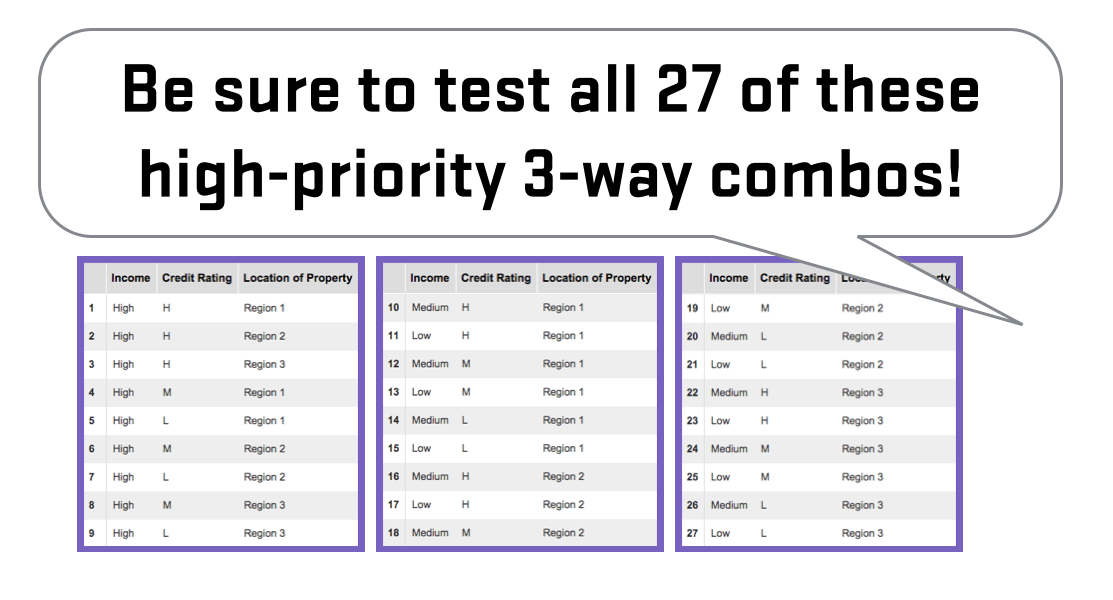 In this example, we want to test every single possible combination involving (a) Different Income levels, (b) Different Credit Rating levels, and the (c) different regions. That's because each of the Regions have different weightings they apply to incomes and credit ratings. Stakeholders (and loud, bossy, hostile ones, at that) have made it extremely clear that, whatever else we do, we NEED to be VERY sure to test EVERY last one of these 27 "high priority" 3-way interactions. We can't forget to test any of them.

If you're thinking "Easy! Let's just execute all 63 tests from our 3-way test set!" You're on the right track. It would be nice to have that luxury, but life is filled with setbacks and disappointments, isn't it? We've only got half as much time to test now as originally planned. We need to achieve 100% coverage of these 27 super high priority combinations and also achieve 100% coverage of every possible pair of test inputs.

No problem. We can achieve both of those goals here with Mixed-Strength Scenario Generation!

We mark our high priority columns with 3's above them to ensure we'll generate scenarios for all 27 of those targeted, high-priority 3-way combinations. 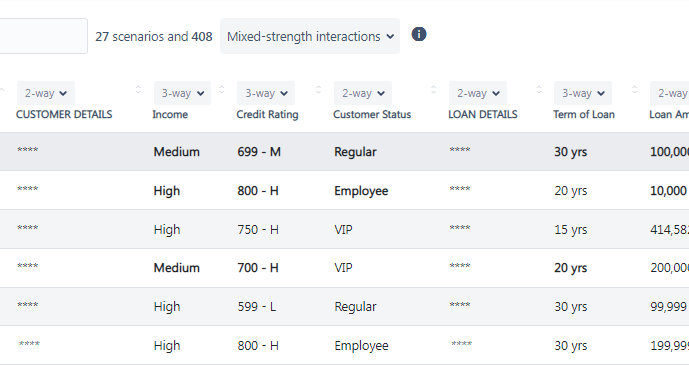 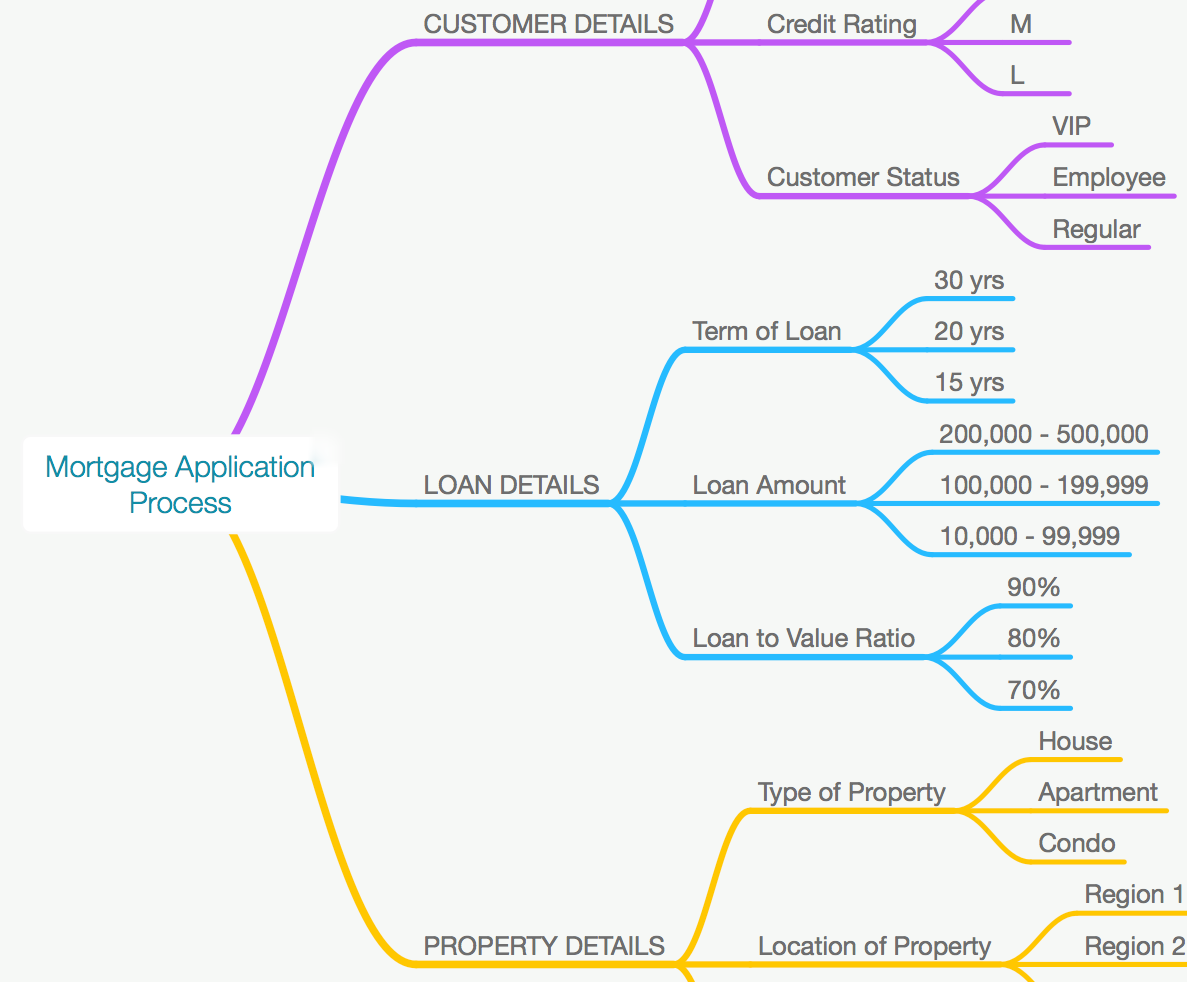 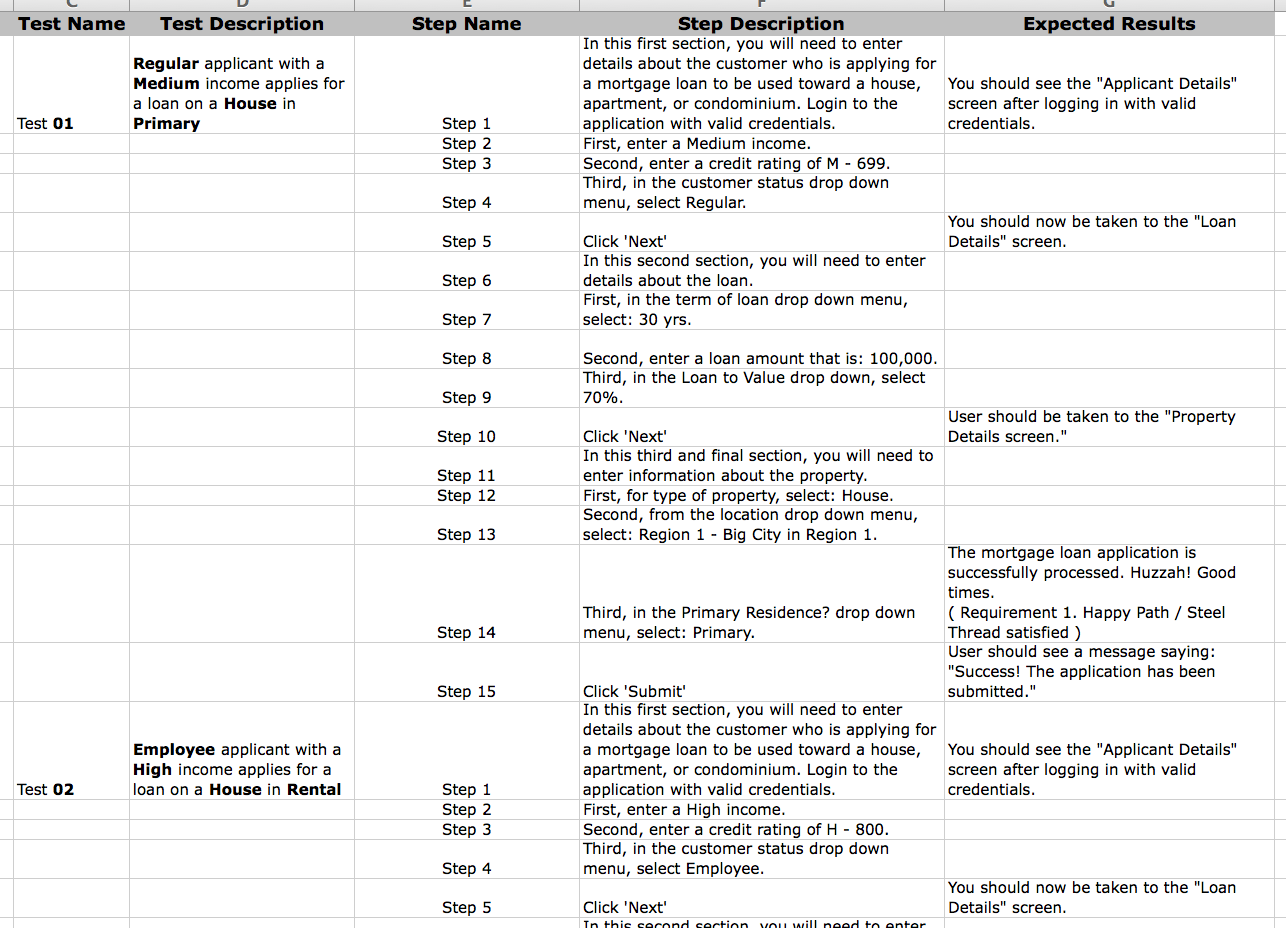 If you have any questions, do not hesitate to reach out to us at support@hexawise.com.