All Collections
Hexawise Features
Coverage Analysis
How do I understand the testing coverage achieved by my Hexawise-generated tests?

How do I understand the testing coverage achieved by my Hexawise-generated tests?

Use the Coverage Graph under the "Analysis" tab to visualize your testing coverage.
J
Written by Justin Hunter
Updated over a week ago

Click on the "Analysis" link to use this feature. 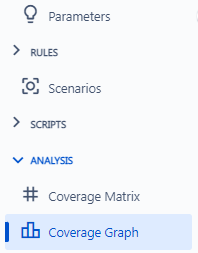 The Analysis coverage charts can be extremely useful and help answer questions like: "How much coverage is each of my tests adding?" and "How much testing is enough?"

It takes a few minutes to understand what the valuable information in the charts mean. The number of Parameters and Values you entered in the "Parameters" screen will determine how many total possible pairs of Values there are in your test model. A simple example with 8 Values makes this table:

Given these inputs, your model will have exactly 24 possible combinations of pairs of values, as shown below: 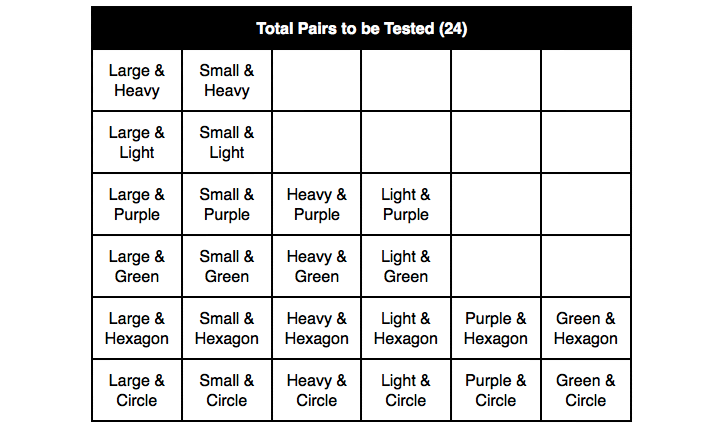 The first test case (Large / Heavy / Purple / Hexagon) will test for 6 of the 24 possible pairs. 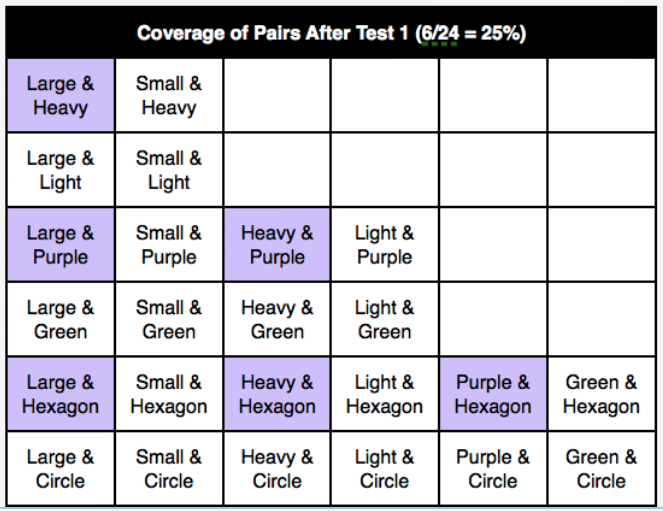 So after the first test case, the coverage chart will show that 25% of the total possible pairs that could be tested in this simple example have actually been tested at this point. So far so good. 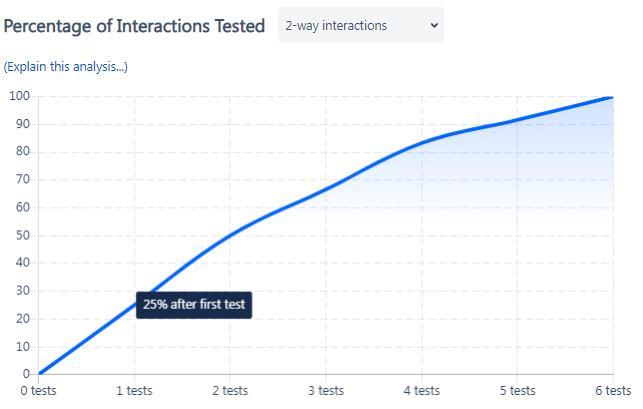 The second scenario (Small / Light / Purple / Circle) will test another 6 pairs. Importantly, none of these 6 pairs of Values have been tested yet. In our first two tests, we will have tested a total of 12 pairs of Values. 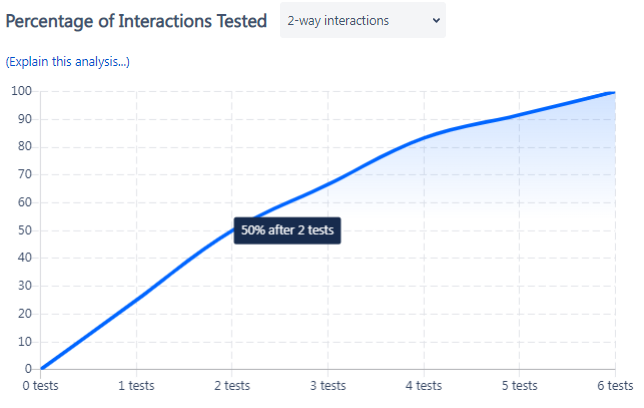 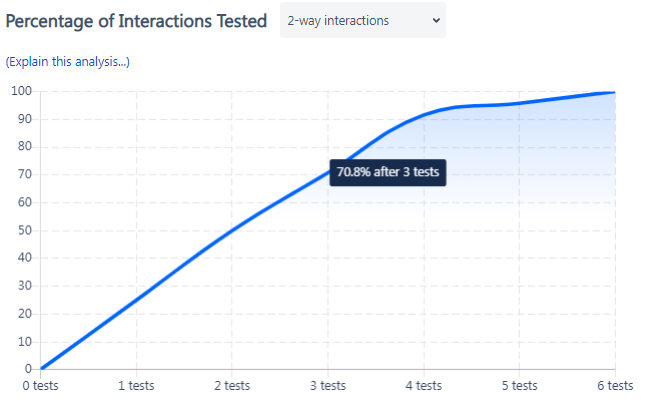 What is up with the final two test cases? We were able to achieve 25% coverage of pairs in test 1 and test 2. Why do test 5 and test 6 only achieve a measly 4.2% increase each?

The final two scenarios each only add a tiny amount of coverage because we managed to test all but two pairs of Values in the first four test cases and because it will require at least two additional test cases to test those final two remaining pairs. 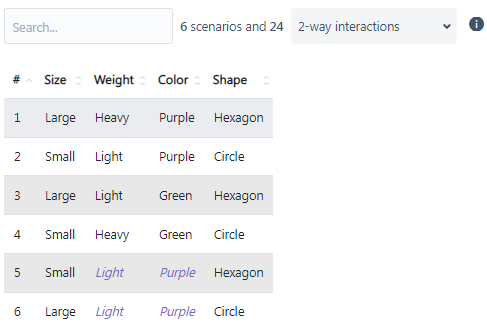 A few important points to consider when analyzing coverage information:

1) First, when used correctly (and thoughtfully), the information can be extremely useful. It gives you a quick method for objectively assessing "how much extra testing coverage am I achieving with each new test?" and "how much testing is enough?"

Many testing teams have a rule-of-thumb. For example, to stop executing the Hexawise-generated tests after they have achieved 80% coverage because they can clearly see diminishing marginal returns to further testing after that point.

2) The second thing to keep in mind is cautionary. As George Box says, "All models are wrong. Some models are useful." It would be a mistake to look at the graph, see that "100% coverage" has been achieved after the final Hexawise-generated test, and conclude that the tests cover everything that should be tested.

It is important to remember that one or more of those excluded aspects ( hardware configuration, software configuration or plug-in, the order in which actions are executed, whether a user is navigating with mouse or a keyboard, whether or not "submit" buttons are clicked multiple times quickly, etc.) could potentially cause a defect that might not be identified in your current set tests.